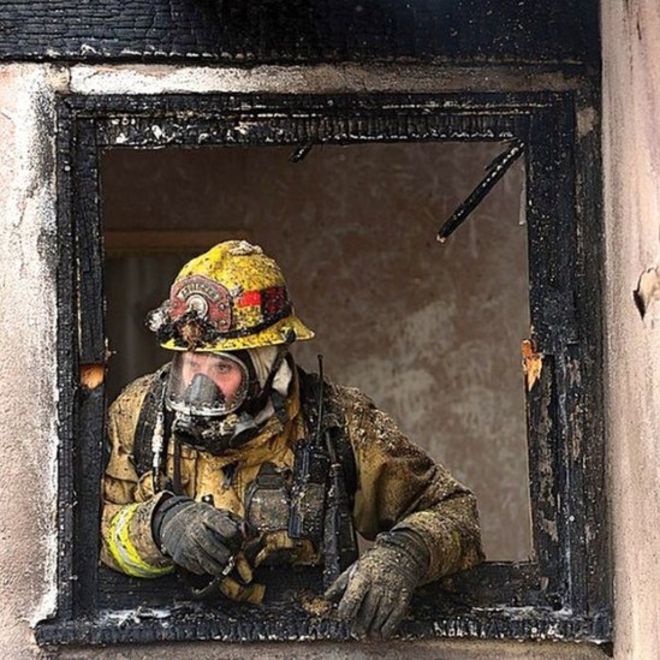 A new US cancer database - the Firefighter Cancer Registry which was fully funded by Congress in June - aims to track the careers and health histories of thousands of firefighters in order to better understand the link between emergency work and disease, writes Victoria Oldridge.

For thousands of years, firefighters have entered into battles against infernos knowing of the blazing dangers they combat.

But modern-day crews storm through doors knowing that the leading cause of US firefighter deaths is now cancer, which can lurk for decades in the human body after the embers are out.

"I always thought if you got killed on the job it would be in a fire or something, but cancer wasn't something you thought about back then," says Jim Brown, a 21-year firefighter from Washington state.

Mr Brown, who was diagnosed with stage four lung cancer in 2015, says: "The majority of my career it was always cool to have a burned helmet and to have stinky gear - that was a badge of honour."

But now, as government health workers prepare to collect data from hundreds of thousands of firemen and women to study the dangers of fire exposure, he says any chief would be "negligent" to allow that behaviour. 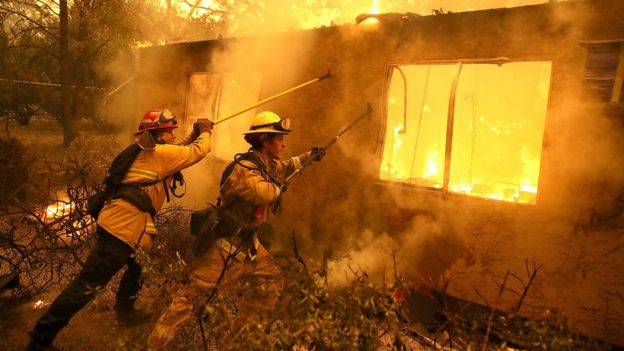 Carcinogenic chemical contaminants and toxic fumes, released by burning buildings and the charred objects within, has led cancer to become the number one cause of death among firefighters, according to the International Association of Firefighters (IAFF).

Awareness of the issue arose in the years after the 11 September World Trade Center attack, in which thousands of Ground Zero workers got sick. Comedian Jon Stewart, who has championed funding for ill 9/11 emergency workers, has continued to lobby on Capitol Hill for Congress to fund their ongoing health costs.

Why do sick 9/11 heroes beg Congress for money? 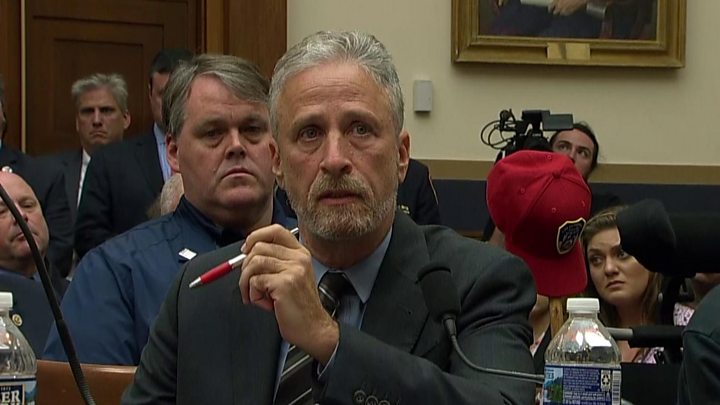 The Firefighter Cancer Registry Act was signed into law last year, federally funding the Centers for Disease Control and Prevention (CDC) with $2.5m (£2m) over four years to conduct a study on the largest firefighter cohort to date.

The law, which drew bipartisan support and had its funding boosted by Congress in June, seeks to find common threads between firefighters' work and increased risk for cancer. 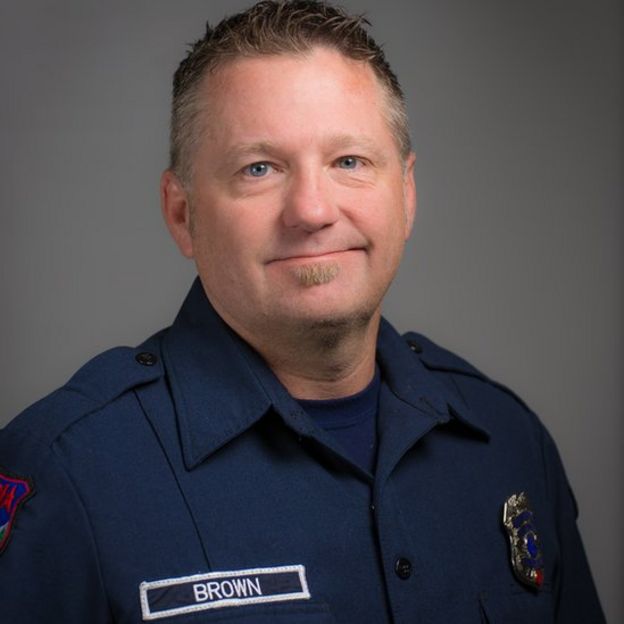 Dr Kenneth Fent, a lead researcher at the CDC, says the database is in "the planning stages right now and requesting input from stakeholders".

"Ideally within a couple of years we could have the initial reports on those cancer risks."

Dr Fent says a "cultural change" is taking place in fire brigades across the country as stations learn to better handle the dangers at the scene of the fire, as well as follow-up medical care.

He says that by registering, firefighters can by advised on crucial safety changes immediately, even before the scientific data begins to yield definitive trends. 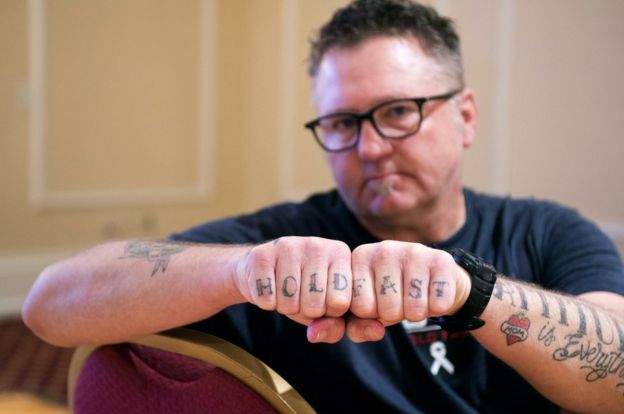 "If we can register firefighters we can communicate with them directly on best practices out there to control exposures," he says.

Pat Morrison, a 22-year career firefighter and Assistant General President for Health, Safety, and Medicine at the IAFF estimates it will be five years until the registry yields results.

But before those results emerge, he says officials will be trying to immediately identify easy fixes, to communicate to those on the registry.

One example he cites is breathing masks, which can vary in use and approach from department to department.

"Sometimes that's when we let our guard down and we're getting more exposures," he says.

Obituary: The 9/11 rescuers who died a day apartThree 9/11 firemen die on same day from cancerToxic dust legacy of 9/11 plagues thousands of people

Mr Morrison reinforces the importance of firefighters' annual medical screenings, a thorough decontamination protocol, diet and exercise. "Even our gloves are an issue because it's only a matter of time before you touch your lips and now you're exposed," he says.

Compliance of safety practices and resource allocation varies between states and even at the department level. "This is a leadership issue," Mr Morrison says, describing failures of budgeting.

"One station might spend up to $1m on a fire truck. But the preventive measures that should be in place for the people on it is the one thing that's cut or even forgotten about."

"If we're not doing the prevention side for the firefighters then we're missing the whole boat," he continues. 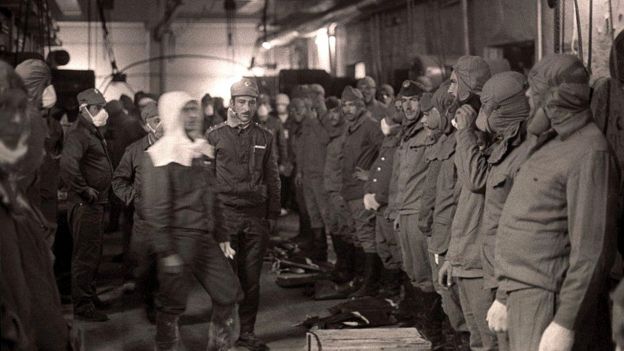 In May, the IAFF announced their latest step toward firefighter cancer protection - a mobile phone app.

Participating emergency responders will be able to easily enrol in the Firefighter Cancer Registry, the makers say.

The registry - though promising in revealing the links between firefighters' occupation and cancer risk - is one of many puzzle pieces required to protect those on the front lines, experts say.

Another issue firefighters say must be addressed is the presence of highly toxic cocktail of chemicals produced by Swiss manufacturer 3M called PFAS. The material is found in household items and used at firefighter training facilities, airports and military bases.

New Jersey's governor has identified the material as a threat to firefighters and has opened a lawsuit against 3M. 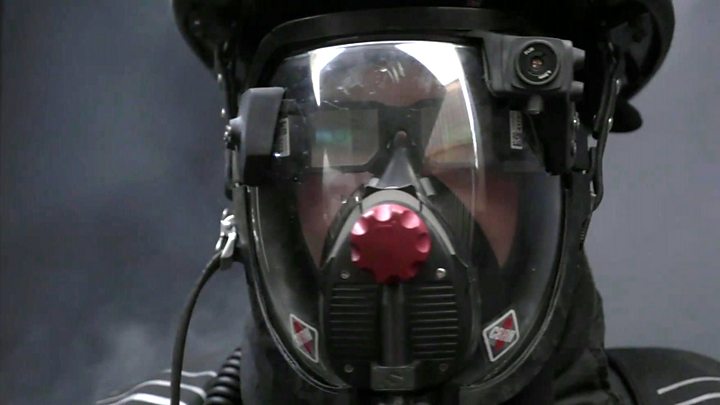 Despite the challenges, Mr Morrison is optimistic that changes can be made.

"I think this new generation sees what's happening. We're more aware than ever," he says.

"We can't stare at the past - we've got to move. What are the things we can do today to safeguard this next generation of firefighters?"